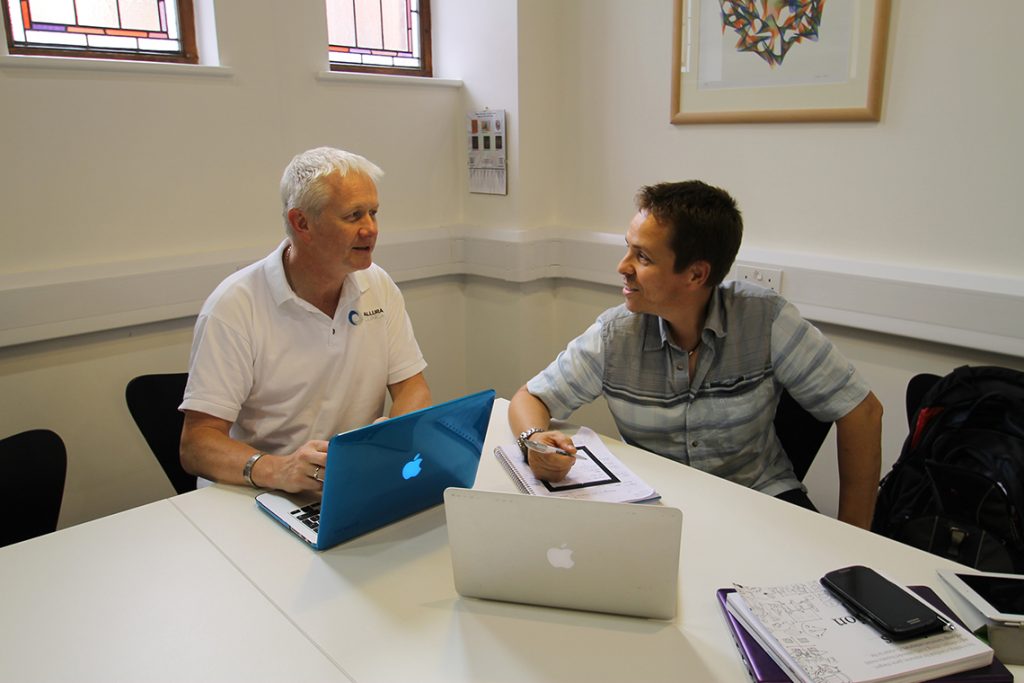 They say that the staff of the BBC run through the doors in the morning. Not because they are so excited to be working in Salford, but because they want to secure themselves the best desk. The BBC has turned to hot-desking. A first come first serve system which means that nobody in their open plan workspace owns their desk anymore. There are no fluffy pen toppers and boastful Caribbean post cards to mark out the territory and everything is tidied away at the end of the day. It’s a system only made possible by advances in technology and the shift away from paper. Hot-desking for a whole army of employees is controversial and perhaps unnecessary but for start-ups in need of flexible space it makes a huge amount of sense.

Consider your first office, how long are you likely to actually spend in there? Between conversations over coffee, meetings at someone else’s much more luxurious office, time out for networking, and working at home so that you can keep half an eye on the sick dog, the time the average start up business owner spends in their expensive office space is surprisingly small. Especially in the modern age of cloud storage and email communication most people can pretty much carry an office in their pocket. That doesn’t mean that office space is cheap though, if your little rented office is yours to inhabit twenty four hours a day then you are paying for twenty four hours of bum on seat time each and every day. You might as well buy a camp bed and move in.

This is where flexible hot-desking comes in. For a much lower fee the super smart hot-desk user has access to office space when they need it: when the father in law turns up at home, or the Starbucks manager comes over to say that you really cannot spend a fifth hour in the shop without spending at least a little money. So much cheaper than renting out a room that you normally aren’t using the lower fees of a hot-desking environment cut your costs and hopefully leave you more cash to develop your project. An open plan work space surrounded by other entrepreneurs is hardly a bad networking opportunity either. Along with your hot-desk space you can normally get a hold of a selection of other useful office perks, sorted mail, telephone answering a registered business address and avoid all manner of hidden charges in business rates, telephone bills and carpet cleaning.

A business that is constantly on the move remains streamlined as well. You can’t hold onto every scrap of paper just in case you need it one day when you have to pack yourself away completely every night and really that is for the best. A business person needs to learn to self-organise, until of course you become so successful that you can hire a whole person specifically to put your paperclips in order but that is a problem for another day.