Demolition of part of Friarsgate car park will start on Monday 17 October and is expected to finish in March 2017.  The project will cost approximately £800,000.

The car park closed in March 2015 for safety reasons and the long-term future of the site will be resolved as part of the central Winchester regeneration project.

Cllr Steve Miller, Winchester City Council’s Portfolio Holder for Estates and Local Economy, said: “Friarsgate multi-storey car park was constructed in two phases.  The first over the shops on Middle Brook Street is in better condition and can remain in place, although there will be no access for vehicles following the demolition of the rear half of the car park.

“Due to the condition of the rear part of the car park it is necessary to demolish that part of the structure as it has reached the end of its design life, with significant defects apparent which are beyond repair.  The condition of the car park continues to deteriorate and there is the risk that parts of the structure could fall on passers-by causing injury.”

Cllr James Byrnes, Portfolio Holder for Transport and Professional Services, said: “Given the condition of the structure as highlighted within the structural engineer’s report, it is not possible to bring the car park fully back into use without incurring a disproportionate level of expense.

“The proposed solution of forming a surface car park using the ground and upper ground decks would provide a medium-term option restoring 60 car parking spaces to the city centre.”

The work will be carried out for Winchester City Council by Armac Demolition.

The perimeter of the car park will be secured and safety signage will be placed in key areas around the demolition area.  Emergency 24-hour contact numbers will be displayed.

No road closures are planned for the works.  There will be some limited footpath closures immediately around the site.  All deliveries and collections, including plant and waste materials, will be co-ordinated.

Winchester City Council and Armac Demolition will keep residents, businesses and the public informed during the works and minimise the potential impacts of dust, noise and vibration.

For example a fine mist spray will be used to keep down dust rather than a jet which can cause flooding.  Barriers will be used along the site boundary where necessary to control dust.  Machinery will be remote-controlled with battery packs to minimise noise and ensure safety for workers and the public.

The first four weeks of the work will involve securing the site and putting up scaffolding and protective sheeting.  Work will be suspended for two weeks over the Christmas period.

Sixty city centre car parking spaces will be available again once the work is completed. 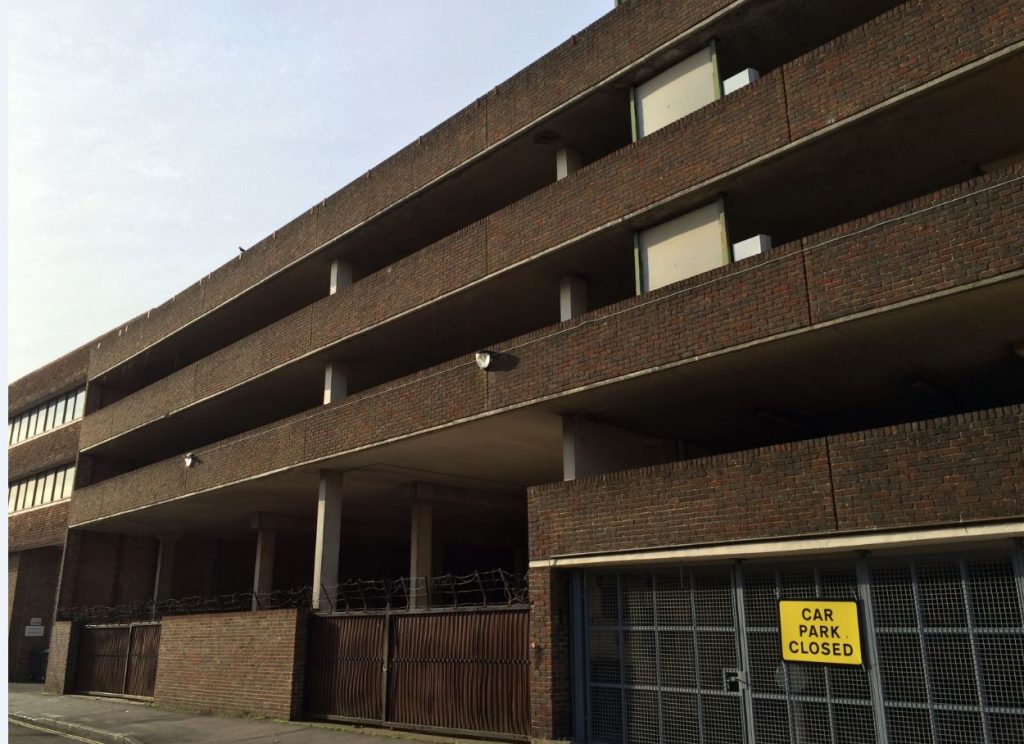