In October, Catherine Turness, Executive Director of Winchester BID hosted a luncheon at River Cottage Canteen for BID members and other interested parties. The event was a chance for Catherine to give an update on projects that the BID have been involved in and also plans for the coming year and the BID ballot, due to take place in October 2017.

Catherine began the talk with an introduction to the BID, explaining how long it had been functioning for and how annual levy is collected from central Winchester businesses. She then explained the upcoming ballot including how the ballot process works and used an example of Southampton BID, which is in very early infancy stages.

The highlights of BID’s previous year were discussed, as were future plans including parking and traffic management, environmental issues and Station Approach.

Catherine concluded with the business plan for the coming year and a question and answer session was held. 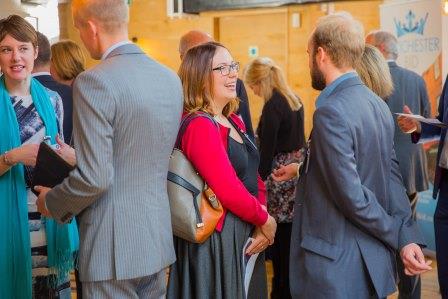 Would you like to be mystery shopped?News, Uncategorised
Winchester Christmas Light Switch On, Sponsored by CALA Homes at Kings BartonEvents, Uncategorised